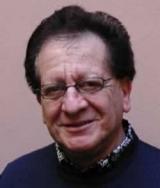 The Departments of Slavic Languages & Literatures and Comparative Literature, Cinema and Media at the University of Washington grieve the passing of Professor Emeritus Willis Konick on November 30, 2016 at age 86. Willis was a Seattle native, whose father, a Russian Jewish immigrant owned a grocery store on Queen Ann Hill. Willis attended Queen Anne High School and the University of Washington, where he studied history and English, and where he ultimately earned a PhD in Comparative Literature. As a participant in one of the first academic exchanges in the former Soviet Union, he attended Moscow State University in 1958, and in 1969-1970 he was a Fulbright Scholar in the USSR. Willis taught at the University of Washington for more than 50 years, both in the Slavic Department and in the Comparative Literature Department, where he helped develop the film studies program. He was an extraordinary teacher, using unconventional techniques, improvisation, and theatrics to help his students understand literature. He received UW’s Distinguished Teaching Award in 1977. He was also a generous mentor to younger faculty. He led numerous workshops in the UW Teaching Academy, though none could ever approximate his unique and brave teaching style. He will be greatly missed by students and colleagues alike. Willis is survived by his husband, Paul Jezick, daughters Lisa Konick (Leland Seese), Lara Konick (Bob Thurman), and beloved grandchildren Jeremy, Siobhan (Stephen), Devin, Ivy, Gloria, Sam, Alia, Jackson, and Jha'Quez. A memorial service is planned for Sunday, December 11, 2016 at 2:00 pm at the Mt. Baker Presbyterian Church in Seattle.