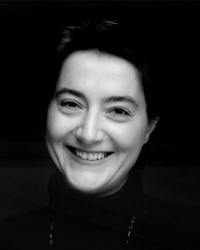 I am primarily interested in the aesthetic and formal qualities of literature and film, and my work strives to reveal how art works achieve relevance and importance for readers and viewers of different times and places. My training is in comparative literature, philosophy, and film studies. While mostly focused on Yugoslav and post-Yugoslav production, I have also written on East European, American, and English literature and film. My book Imagined Dialogues: East European Literature in Conversation with American and English Literature (Northwestern, 2000), creates “imagined dialogues” between literary works—such as the one between a collection of stories A Tomb for Boris Davidovich by Yugoslav Danilo Kiš and Silence by American avant-garde artist John Cage, or the one between stories in This Way for the Gas, Ladies and Gentlemen by Polish author Tadeusz Borowski and a novel The Remains of the Day by English Nobel Prize winner Kazuo Ishiguro. Post-Yugoslav Literature and Film: Fires, Foundations, Flourishes (Bloomsbury, 2012, 2014), explores literature and film made in the wake of the violence that tore Yugoslavia apart in the early 1990s. My last book, Literature and Film from East Europe’s Forgotten “Second World” -- Essays of Invitation (Bloomsbury Academic, 2021) was inspired by my years of teaching literature and film from East Europe of the socialist “Second World” era. The more this period—which ended with the 1989 fall of communism and the subsequent dissolution of countries like the USSR, Czechoslovakia and, of course, Yugoslavia—receded into a historical never-land, the more its stories, novels and films seemed to resonate with and delight my students. My intention with this book was to enlarge my classroom and provide a glimpse of these largely unknown riches of East European “Second World’s” literature and film to wider audiences. I am also a co-editor of two volumes on film and popular culture, and a writer and reader of texts for the experimental video Zagreb Everywhere.

My teaching often includes a seminar “The Novel: the 20th Century Favorites,” and a class on post-World War II East European literature. “East European Film in Comparative Perspective” course examines cinema of Czech, Polish, Hungarian, Yugoslav, or Romanian directors who moved to the “West” (such as Miloš Forman, Agnieszka Holland, István Szabó, etc.) and compares their production in the two places, and my “Cinema of Roman Polanski” class looks into the evolution of this director’s filmmaking over six decades.