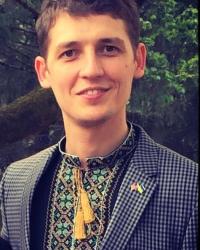 Valeriy Goloborodko was born and raised in Ukraine. When he was 24 years old, he married and moved to the United States to start his family. Since his first day on American soil, Valeriy has shown great interest in serving his community and being an active member of both the Ukrainian and American communities.

He also started the Ukrainian Business Association, to facilitate starting up relationships between American and Ukrainian businesses, which has merged with Ukrainian Chamber of Commerce, for which Valeriy serves on the board.

In 2014 Valeriy was appointed by the Minister of Foreign Affairs of Ukraine as the Honorary Consul of Ukraine for Washington and Oregon states.

Valeriy holds a Master's degree from Shevchenko University in Law and a Management Information Systems Bachelor's degree from International Christian University. Valeriy lives in the West Lake Sammamish neighborhood of Bellevue with his wife and four children.